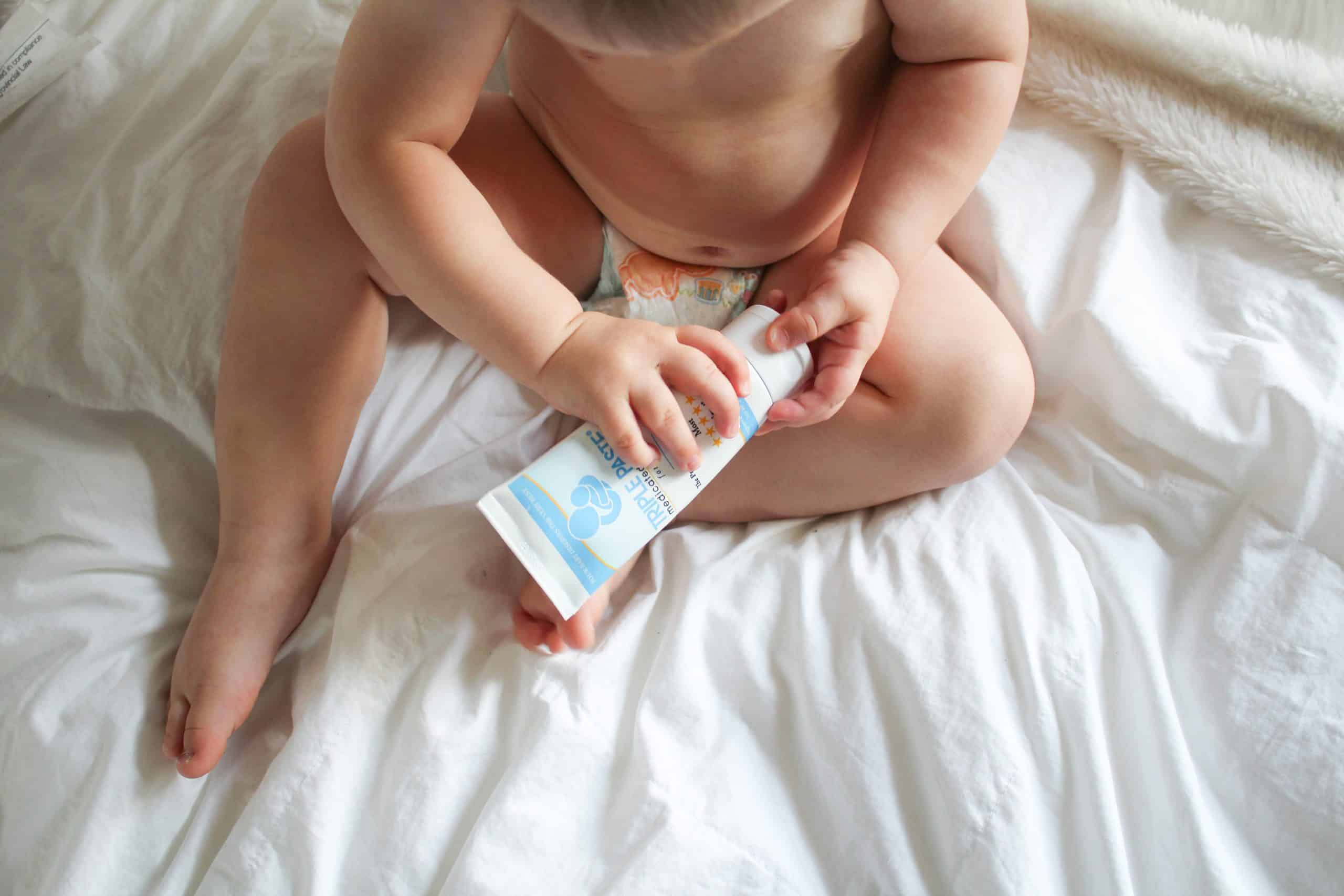 When you are a first time parent, nothing, and I mean nothing, prepares you for teething. You read endless books on breastfeeding, labor and delivery, postpartum recovery, baby milestones, but NO ONE mentions the teething stage and all the “fun” stuff that comes along with it. For instance…. diaper rash, something no one prepares you for during the teething stage, but often goes hand in hand.

When Do Babies Start Teething?

Teething is one of those milestones that is different for each parent. Some people shrug their shoulders because they didn’t even notice a difference, while others are pretty sure that they are now raising tiny sharks.

Every baby is different but the standard age for teething typically starts right around six months old. Some will tell you that their baby had teeth as early as month two. While others may not have popped one until they hit their first birthday.

My first born started drooling right at two months, everyone and their grandma would tell me that she was getting ready for teeth! “Bet she will have teeth in no time.” So I waited and waited and everyday we would see a gigantic increase in drool, weird unexplained crankiness, but…no teeth.

I examined her mouth everyday as I was waiting for those pearly whites to bloom. But week after week, no teeth. Finally, around six months old her poor gums FINALLY popped out two beautiful teeth. 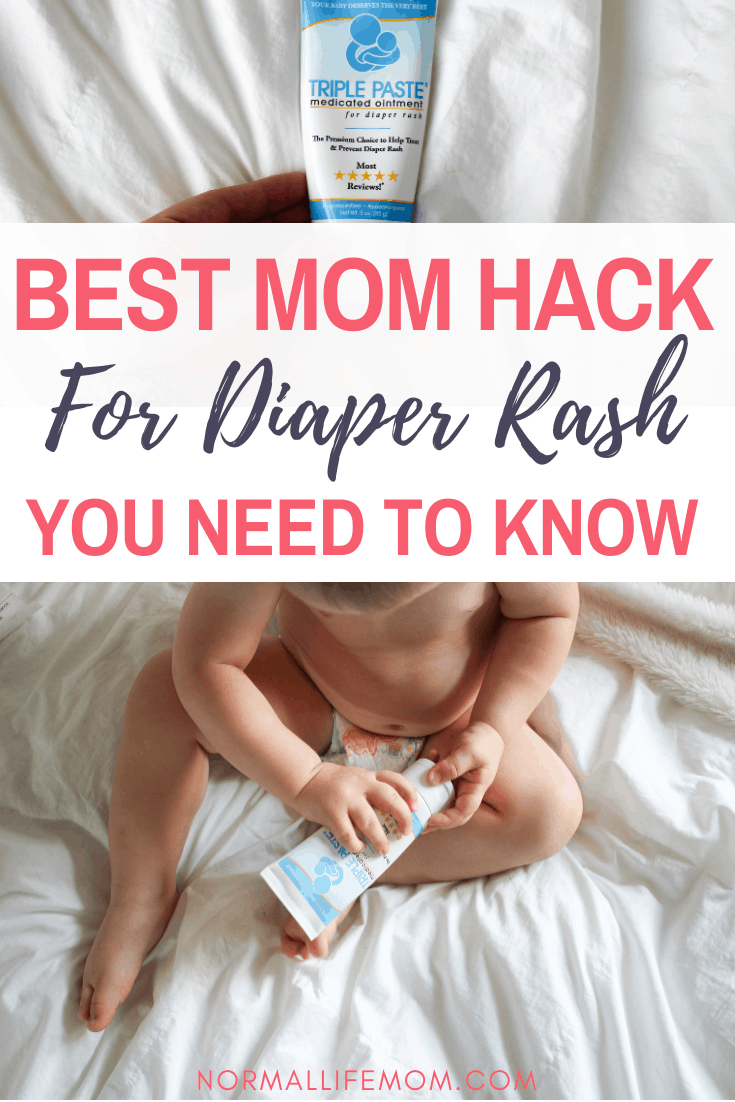 I thought the worst of the pain we had to go through was over, but I was wrong. You know what came along with the teeth? The most awful diaper rash I have ever seen. Her poor little bottom was raw, red, and totally inflamed.

Some people think that because of the excessive salivation from teething, it leads to all that saliva ending up in your babes tummies causing some GI discomfort, which in turn, leads to diaper rash.

Also, right around six months (aka teething time), babies are also going through lots of other milestones too. For example, the introduction of new foods could ALSO contribute to diaper rash.

Both of my children hadn’t had diaper rash until we hit the six month stage! Whether it was the teething or the new food, I’m not sure, but this stage saw an uptick in diaper rashes.

We tried all sorts of things to soothe and heal the stubborn diaper rash. It turned out all of the things I bought or tried, didn’t work, and my baby and I weren’t happy with them.

Desperate to “win” the diaper rash battle, I set off to the store where one mom bestowed upon me some of the greatest Mom advice I have ever received. She pointed directly to Triple Paste and said, “Here…try this!” and those three words changed EVERYTHING. I grabbed a tube of Triple Paste and NEVER, EVER TURNED BACK. 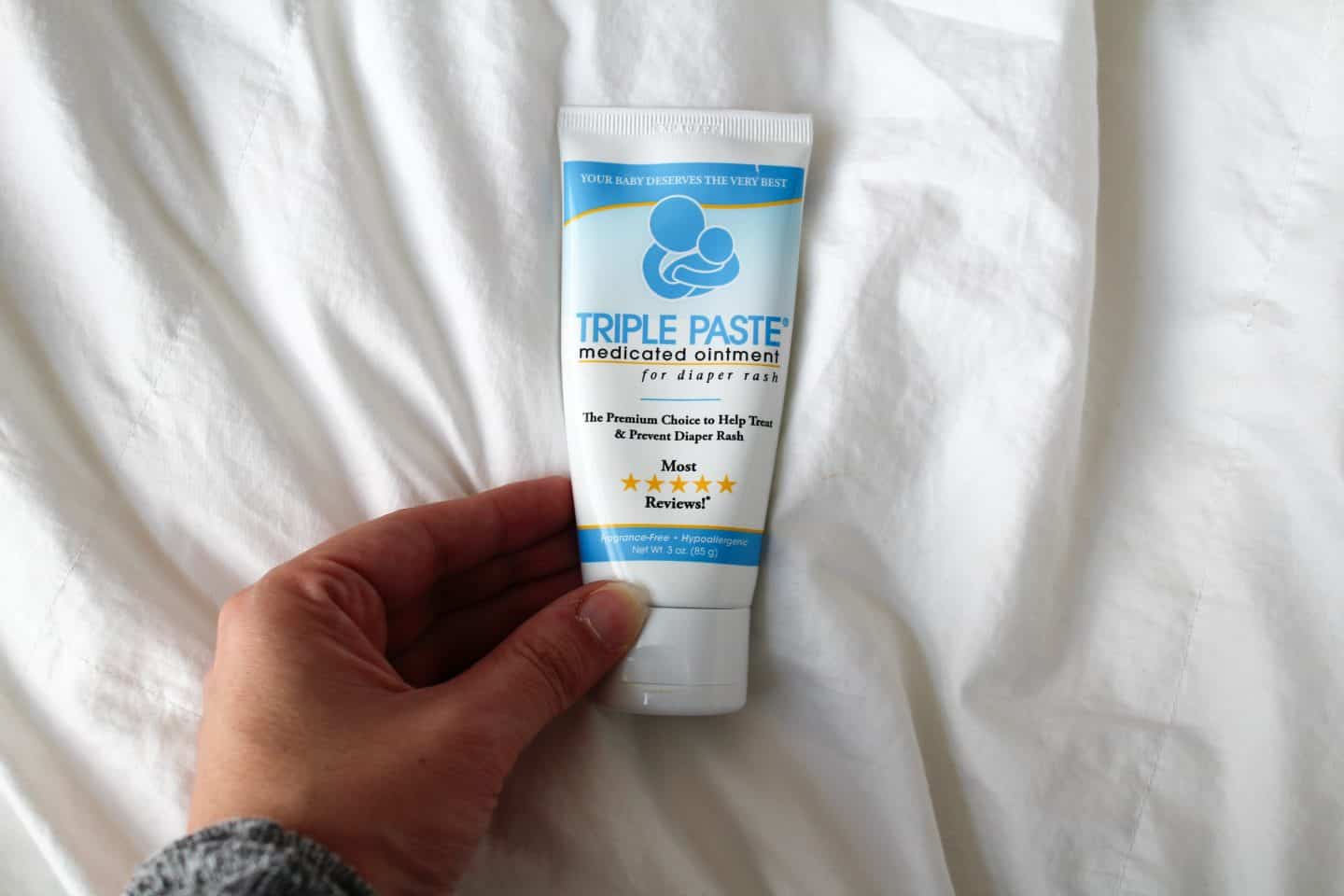 After about 24 hours of applying the Triple Paste diaper rash cream, we could already tell the rash looked so much better and was way less red and inflamed. My babe was actually grinning with that new set of teeth.

Triple Paste ointment is safe and gentle enough for everyday use so we constantly use it as a barrier cream on our kiddos to prevent those awful diaper rashes from ever even flaring up in the first place.

Even though its gentle, it’s still strong enough to calm even the most raw, painful, and stubborn cases of diaper rash. 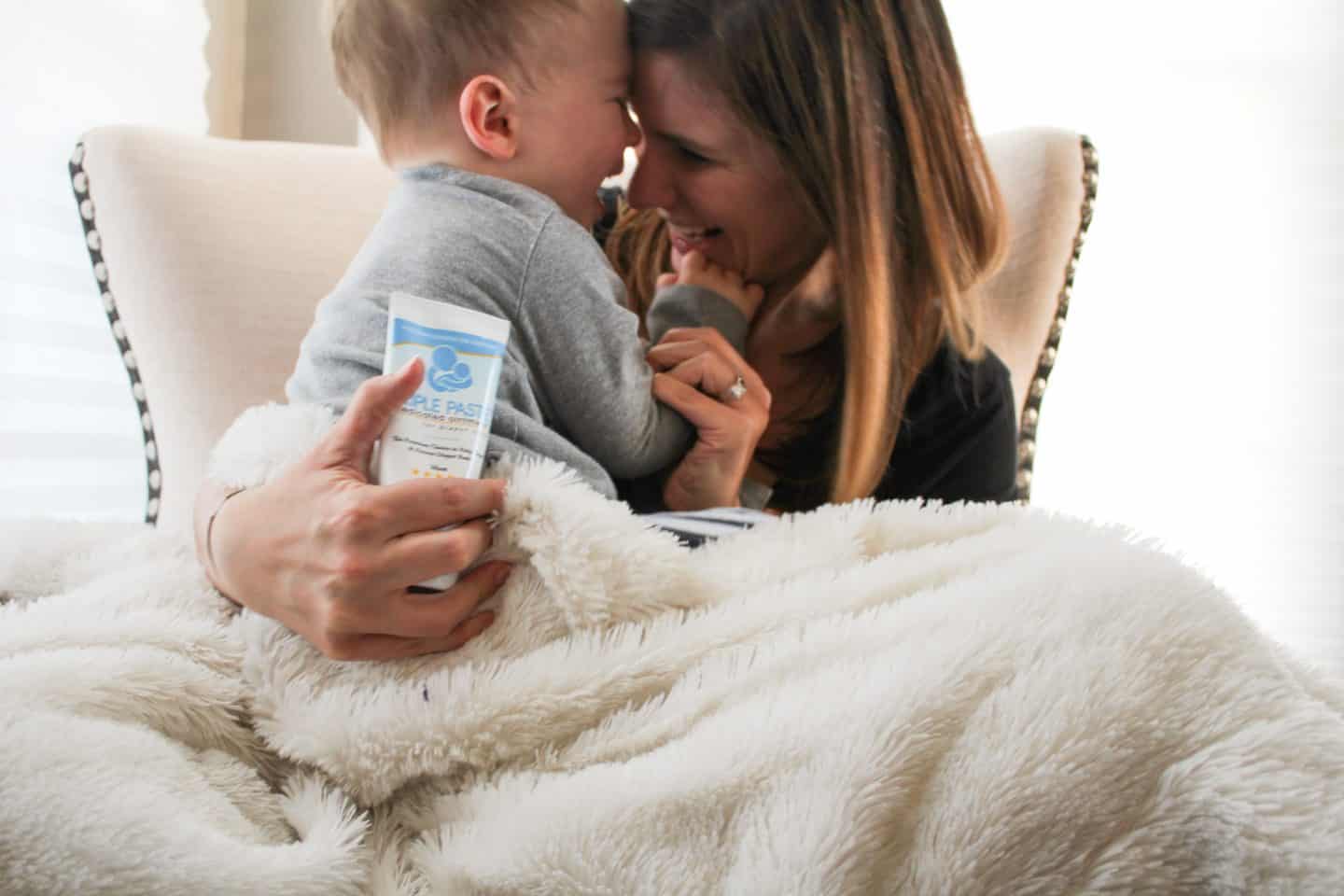 Mom Hack Bonus- I like to apply the diaper rash cream on their chest, which acts as a barrier cream from all of the drooling during the teething phase.

If I ever see mamas with a desperate look on their face in the Grocery diaper rash aisle, you betcha I am going to point them right to the Triple Paste and tell them to grab it and never look back!

Where Can You Buy Triple Paste?

You can find triple paste at most major drugstore or on Amazon.

In my experience, had I tried Triple Paste from the beginning, I would have saved a lot of time and money. Since I want that to be other mama’s experiences, this is one of my go-to baby shower gifts.

I love buying this for first time moms, and writing “I just saved you a ton of time, money, and crankiness!” and letting them in on one of my favorite mom hacks.

Start with triple paste from the beginning. 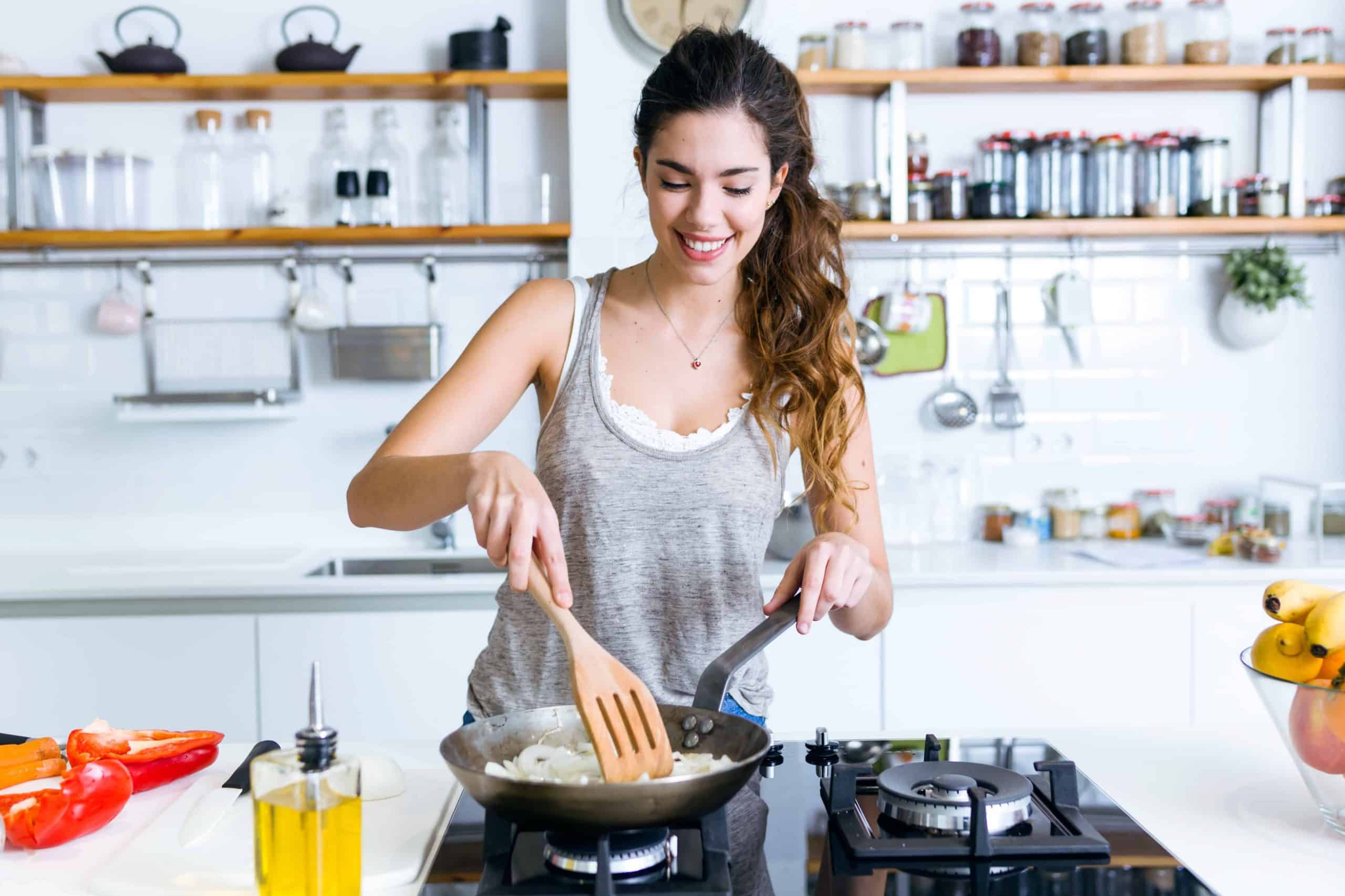 Do you have a mom in your life whose favorite place in the home is the kitchen? They unwind by transforming food into amazing culinary creations. The “cooking mom” is a master at flavor profiles, exploring new ingredients, and loves flipping through cookbooks for inspiration. The “cooking mom” is relaxed by baking a huge tray… 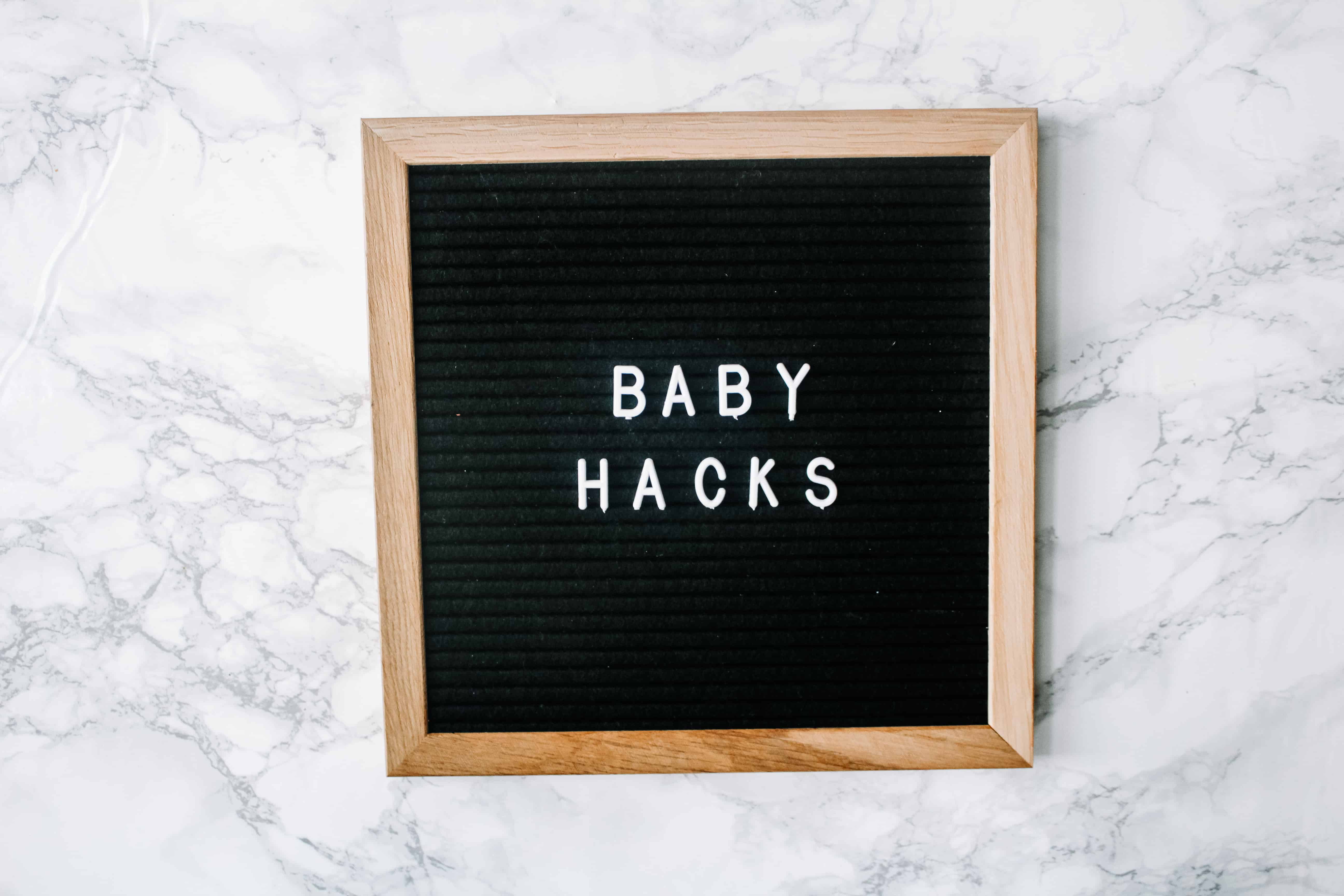 Motherhood is FANTASTIC. But let’s be serious for a minute, motherhood is also messy, hard and exhausting. You need things quick, and you need things done easier and smarter. What you really need are some good baby tips, tricks and hacks in your back pocket to save you time, money and your patience!  Whether this… 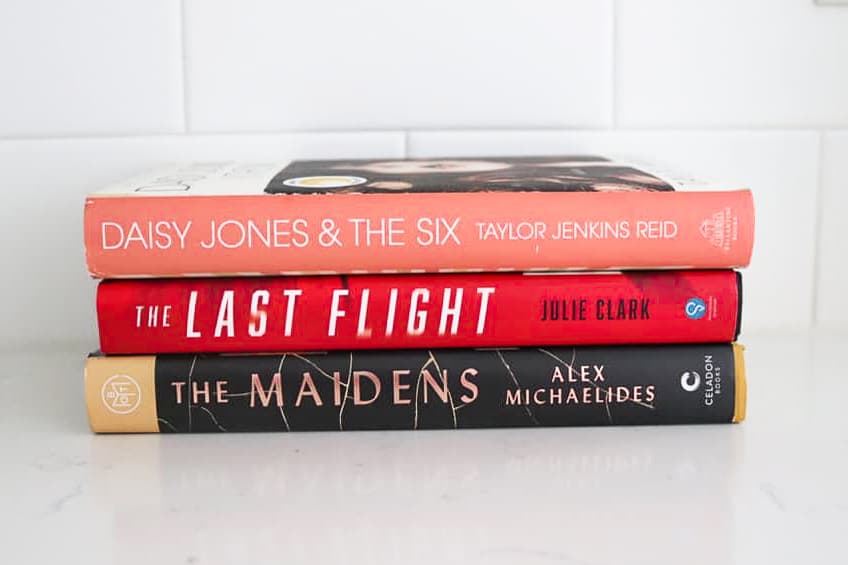 Reading has become a favorite hobby of mine! Ever since I did a social detox, I needed new ways to fill up my time. Reading happily filled the void. Each night I try and dedicate about an hour to reading instead of scrolling on my phone. I set a goal for 12 books this year,… 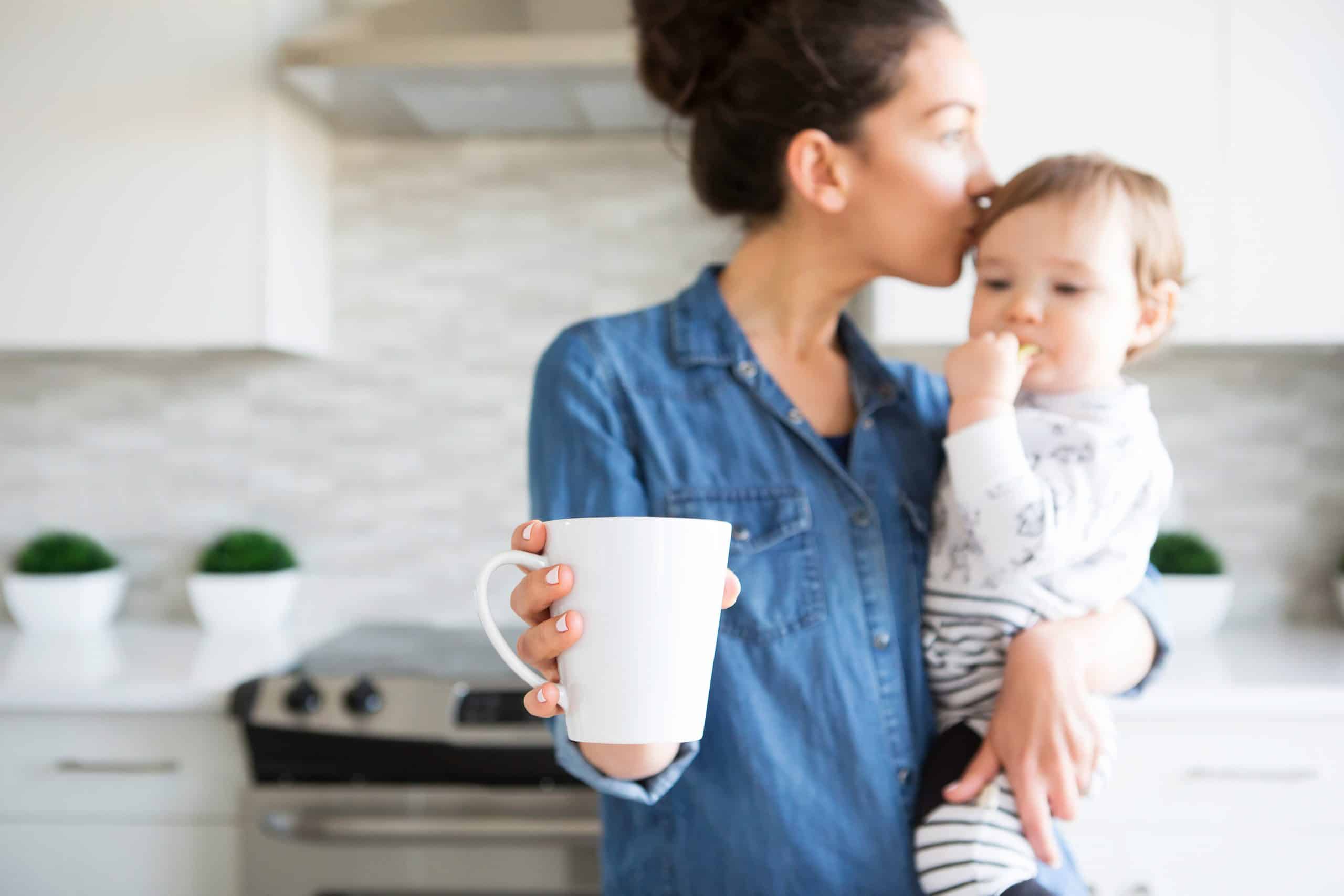 Log into any mom’s group on facebook, chat with your stay at home mom friends, and a constant topic always seems to come up. What is your 1 year old’s schedule like? What do you do all day?  If you are anything like me, having a “schedule” for your one year old, or a general… 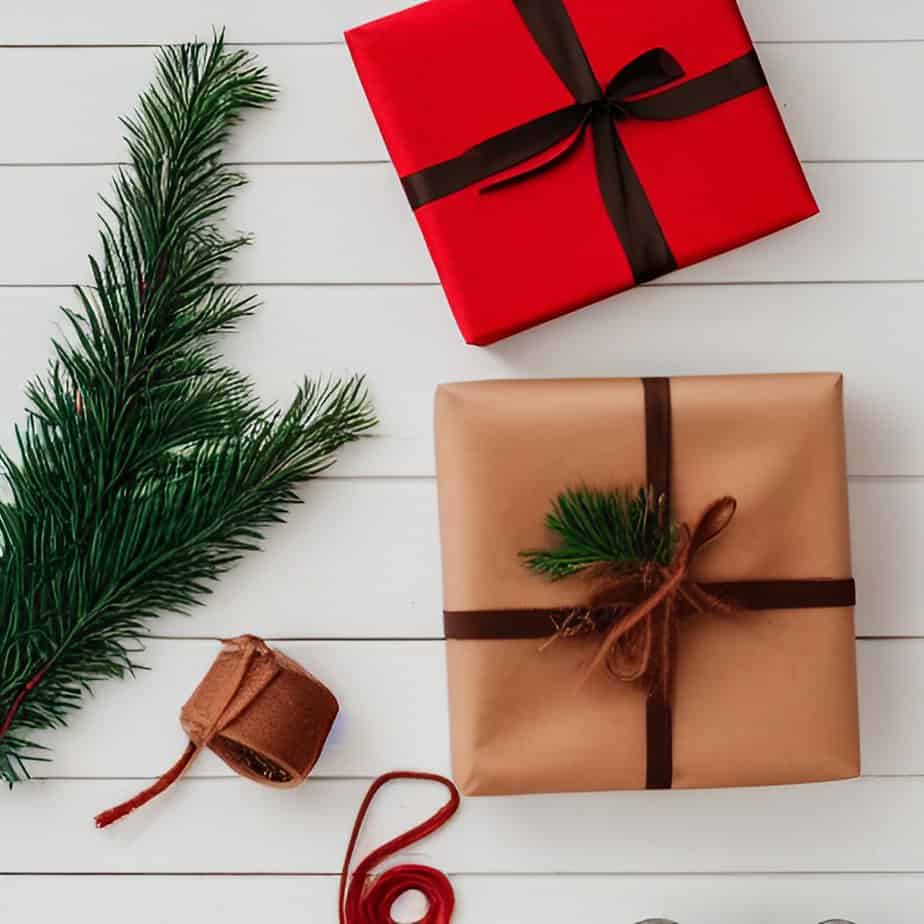 Looking for a unique way to celebrate your office’s or family’s White Elephant party this year? Check out these fun, festive white elephant gift themes! From movie nights to game nights, there’s something for everyone. So gather up your gift swaps and get ready for some holiday cheer! *This post may contain affiliate links. To… 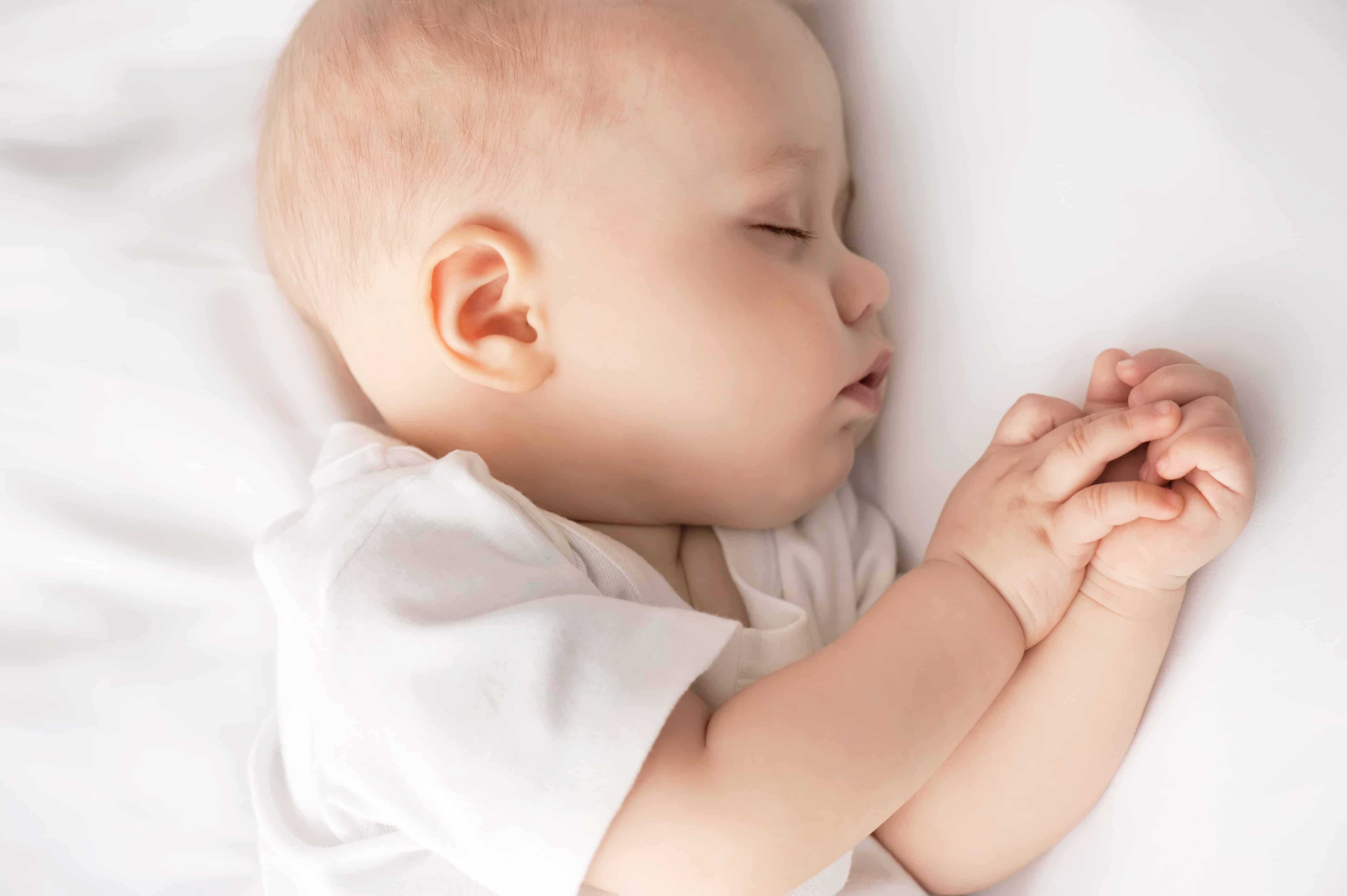 “Go to sleep, Little son. PLEASSEEE GO TO SLEEEPPPP. Close your eyes and sleep tight, but JUST PLEASE GO TO SLEEPPP….” This became our families nap time anthem. I’d rock my son in my arms, rock him on a chair, bounce on a stability ball, sing, dance, tell stories, laugh, cry, I did just…